For our clients, clicking this button will take you away from our website quickly and show you an unrelated web search in order to avoid concern.

Since 2011, Her Justice was named a Top-Rated Nonprofit by GreatNonprofits, the leading provider of user reviews about nonprofit organizations. 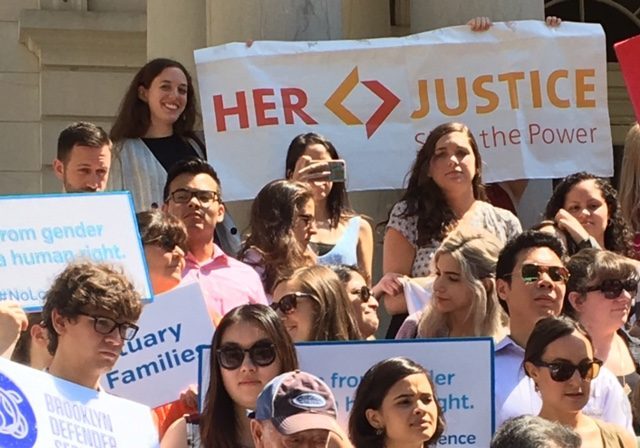 Give to Her Justice

Her Justice stands with women living in poverty in New York City so our clients – many of whom are survivors of intimate partner violence – can get free legal counsel to achieve safety and self-sufficiency.

Your support makes the difference between long-term stability and extreme poverty, even homelessness, for NYC women and their children.

Also in this section